The New Zealand Marine Sciences Society (NZMSS) John Morton Medal can be awarded to a person whose work has, in the opinion of the NZMSS Council, made an outstanding contribution to the advancement of marine conservation and sustainability in New Zealand.

The Medal will be tailored to the intended recipient with an engraved plaque to be presented at the NZMSS annual conference. Any NZMSS member can make a nomination to the Secretary or as advised. Nominations will be sought and considered annually, but the Council need not present the medal each year. This award was inaugurated in 2016.

All nominations must be made using a nomination form. In order to produce comparable citations we ask nominators to summarize the case for the nominee under the headings provided. Nominators should aim to write concisely and highlight the main arguments to support the nomination made. The Council can make additional enquiries, via referees, as it sees fit. The nominee need not be a current member of NZMSS. Information on past award recipients is available on the NZMSS website.

Nominations must be sent electronically to the Secretary (secretary@nzmss.org). The deadline has been extended to 5pm Monday, 17 May 2021

Please insert ‘John Morton Medal’ in the subject line and the name of the nominee in the file name when sending the completed form. 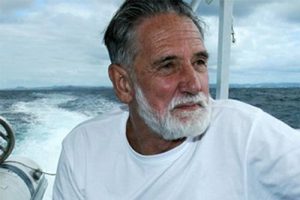 Wade Doak, QSM, was the 2019 recipient of the NZMSS John Morton Medal.

The John Morton Medal can be awarded to a person whose scientific work has, in the opinion of the NZMSS Council, made an outstanding contribution to the advancement of marine conservation and sustainability in New Zealand.

Wade Doak was one of a small group who pioneered the use of SCUBA in New Zealand.  He worked tirelessly in the 1960’s and 70’s to raise awareness for the unique marine biodiversity of the Poor Knights Islands and the need for protection of its underwater environment.  Through Wade’s efforts, including getting international recognition, the Poor Knights Marine Reserve was eventually established in the 1970’s.

Wade’s work showcasing the Poor Knights Islands’ unique marine biodiversity provided the platform for a tranche of marine scientists to study the marine environment there.  His books, “Beneath New Zealand Seas”, published in 1971; and “Fishes of the New Zealand Region (published 1972), were important resources for researchers and students studying fishes at the Poor Knights Islands and elsewhere in Northland, at the time.   Many of these researchers and students went on to carry out further research on the marine environment of the Poor Knights and Northland, themselves writing books, publishing scientific papers and producing reports for government agencies about the marine life in this region.

Over the decades, Wade has championed marine reserves, calling them “wet libraries”.

With wife Jan, he studied dolphin behaviour and communication in Northland, writing books and articles about their findings.

He also spent decades raising awareness of the vital role that mangroves play in our coastal environment, using the mangroves near his home in Matapouri to illustrate their beauty and significance.  He was also an accomplished underwater photographer with many of his photographs featuring in books he has authored/co-authored.

Sadly, Wade passed away recently and the NZMSS extends their condolences to Wade’s wife Jan and family.

At Wade’s request, the money for his award went to funding four rangatahi from PARA KORE KI TĀMAKI to attend the Experiencing Marine Reserves Poor Knights Snorkel Day in October 2020. 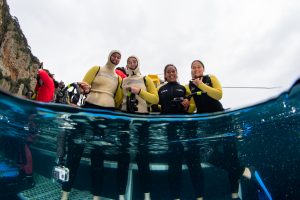 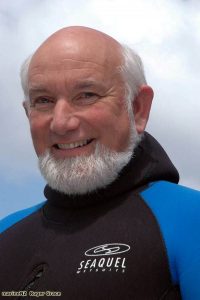 Dr Roger Grace was awarded the John Morton Award in 2019 in recognition of his life-long dedication and contribution to marine conservation. Roger did his PhD under the supervision of Professor John Morton on the benthic ecology of the Whangateau Harbour and was the first student at the University of Auckland to carry out a diving-based thesis.  Roger was a true pioneer in scientific diving and underwater photography.  Photography has been a major component of Roger’s contribution to marine science and marine conservation, documenting and telling a story.  He was the photographer on many Greenpeace campaigns in the 1990’s and early 2000’s that took him all over the world and shone a spotlight on important issues in the marine environment such as the effects of bottom trawling. Roger also pioneered habitat mapping and marine reserve monitoring in NZ, including developing rapid methods for seabed habitat mapping, including aerial photography, underwater video, and sonar. Roger remains active in marine conservation, he is a frequent speaker at public meetings, to local community groups, schools and workshops, and regularly provides expert advice on MPAs and other issues in the marine environment. Through his research, photos, presentations and hundreds of popular articles on marine conservation Roger has played an important role in informing the wider public on the situation and issues regarding marine biodiversity in New Zealand. 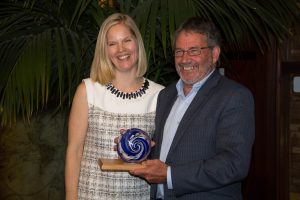 The 2017 John Morton award was presented to Dr Ken Grange for his outstanding contribution to marine conservation in New Zealand. Dr Grange has been described as providing a measured, steady hand, and operating with a high degree of professionalism that embodies both scientific rigour and kaitiakitanga.

Dr Grange’s public explanations of the science behind the fragile environment of Fiordland led to the establishment of the first two marine reserves there in 1993. Furthermore, his scientific advice was integral to the Fiordland (Te Moana o Atawhenua) Marine Management Act and he remains a ministerially appointed Fiordland Marine Guardian today. Ken is a marine ecologist with a PhD in Marine Ecology from Florida International University. He researched the marine environment in NZ fiords, particularly the ecology of black corals, at the NZ Oceanographic Institute, DSIR, in Wellington, before this agency changed into NIWA. He has been a Regional Manager at NIWA in Nelson since 1994.

The 2017 award was a glass sculpture made by Justin Culina.

Professor Steve Dawson and Professor Elisabeth Slooten, from Otago University, received the first John Morton Award in 2016. They have made an outstanding contribution to the advancement of marine science and marine conservation in New Zealand. Their ongoing research programme on Hector’s and Maui dolphins started in 1984 and is now one of the longest dolphin research programmes in the world. This research has led to several protected areas where gillnet and trawl fisheries are banned in dolphin habitat in order to reduce dolphin mortality. The Banks Peninsula Marine Mammal Sanctuary was created in 1988 by Helen Clark, then the Minister of Conservation. This protected area has since been shown to increase dolphin survival by more than 5%, resulting in a population that was declining at 6% now being almost stable. In 2003, a second protected area was created off the North Island west coast to protect Maui dolphin, the North Island subspecies of Hector’s dolphin. A more comprehensive package of protected areas was created in 2008 and is currently being reviewed. In addition to carrying out research, teaching and supervising more than 50 graduate students, Liz and Steve have given well over 100 public talks and have written two books on Hector’s and Maui dolphin biology and conservation. In 2004 they were the recipients of the Royal Society Sir Charles Fleming Award.